HomeUncategorizedGOVERNOR OBIANO READY TO DEFECT TO APC, BOUGHT HIS ENTRANCE WITH 2...
Uncategorized 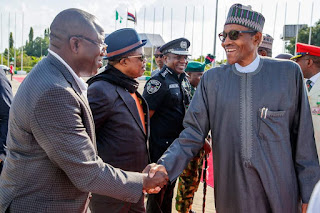 Baring any last minute altercation or denial from APC Hierarchy the Governor of Anambra State Cheif Willie M. Obiano has bought a get out of jail card that gave him immunity against EFCC investigation, recovery of Anambra funds misappropriated.
The move started in China when he sneaked in into China visit without proper invitation or any invitation at that.
It was in China he pledged and promised to sabotage, dismembered and bury APGA the party that brought him to power.
It was in China he agreed to sabotage IKEMBA Ojukwu the pioneer and face of APGA an icon of Igbo nation.
In China he guaranteed them that he have planted a serious discord within the Party by sponsoring the worst miscarriage of Primaries ever held  any where in Nigeria,  where winners became the losers, where Victor’s became the vanquished.
He boasted that he tore APGA into shreds by imposing on them misfits candidates, who are not qualified to work on Ward delegate talk less of aspiring for legislative seat.
He narrated how he brought Touts from his Neck of wood and use them to Cripple the hands of the party, and how he dealt with IMO STATE as a state through APGA.
In appreciation for his bravado in dealing with IMO STATE where GOV Rochas is struggling to remain afloat, they replaced Rochas position with the Feds with him.
Gov Obiano also agreed In China to have General Gbor, a Former Army Officer who served actively during the Genocide of 1967 against Ndigbo, the General was handed over to him as one who will make sure that the Legacy of General Ojukwu is buried, his Head and picture removed from the Party Campaign materials, which was what made APGA acceptable in South East.
So the Sabotage of APGA was as a result of getting IRON CLAD protection from EFCC, and the Governor is delivering his side very well as he made all those who paid great price for the survival of APGA to lose out in pains.
With his newly found love with GENERAL GBOR OF GBOKO, they nailed the wife of GENERAL OJUKWU on the cross of Crucifix,a move they knew will make IKEMBA shed tears in the grave.
He is been rewarded for creating pains in APGA,making Aspirants to moan in acute pains, then reducing the Widow of IKEMBA to agonizing  queen.
Having done with ANAMBRA and IMO STATE, this time in France he bought self another promotion with 2 BILLION NAIRA of our state fund which will fund it’s way into APC CAMPAIGN PURSE, having send delegates of his SSA and SA led by Stanel, a front to ASO ROCK as cover ..
Then the Governor has been carried along to make sure he made good of the financial promise since he has shown that he can’t  keep to promises, judging from what he did to Peter Obi who brought him out of abject frustration into Governance, he betrayed IFEANYI UBAH who recharged his Gubernatorial campaign that was flat on its belly before he intervened with “AFA IGBO EFUNA” under the brand of APGA, the party GOV OBIANO just murdered.
Then he betrayed Bianca Ojukwu who was on her own and he brought her out with promise of Senate, he also betrayed Ndi IMO who were crying that APC raped them through Rochas and they wanted to run into AFA IGBO EFUNA, but they got sabotaged by same person.
Now APC carried him along so he can make good the 2 BILLION NAIRA pledge, but must be in Hard currency to bury any trail.
As we speak he has been granted express membership into APC, but the worries should be,,How can APC trust a man who has been playing Con to his own people and even those that made him relevant?
There is Igbo parlance that provides “Anya Kam ji”
Credit. oderaigbo.blospot.com
Share
Facebook
Twitter
Pinterest
WhatsApp
Previous article
Nigeria: Buhari or Jibril? The Russian Connection
Next article
2019 Elections: Peter Obi meets with Pope Francis

Breaking News: Karl Nerenberg: Will Canada see an election before 2025?