HomeUncategorizedBreaking News: Biden Reacts To Sha’Carri Richardson Suspension: ‘The Rules Are The...
Uncategorized

Breaking News: Biden Reacts To Sha’Carri Richardson Suspension: ‘The Rules Are The Rules’ 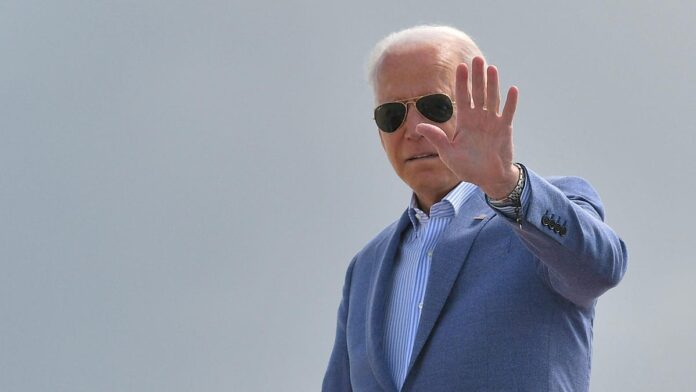 After sprinter Sha’Carri Richardson was suspended from the U.S. Olympic team due to a positive marijuana test, President Joe Biden reacted Saturday by arguing “the rules are the rules,” opting not to criticize a penalty that’s drawn sharp backlash this week.

At an event in Michigan, Biden told reporters Richardson “knows what the rules were,” referring to the World Anti-Doping Agency’s prohibition on marijuana for athletes, according to reporters from CNN, Bloomberg and CBS News.

Biden still seemed open to pushback against WADA’s policy on marijuana, which some critics have argued is antiquated and unnecessary.

“The rules are the rules, and everybody knows what the rules were going in,” Biden said. “Whether they should remain that way … is a different issue.”

Unlike a growing number of Democrats, Biden has not publicly backed legalizing recreational marijuana nationwide, though he called for decriminalizing the drug, permitting its medical use and continuing to allow states to legalize it on the campaign trail.

The U.S. Anti-Doping Agency handed Richardson a one-month suspension earlier this week due to a positive marijuana test, the non-government organization announced Friday. The group also erased Richardson’s win in the 100-meter sprint at an Olympic qualifying event, meaning she’ll miss the event at the Olympics in Tokyo later this month, and her participation in the women’s 4×100 relay is in doubt. The U.S. Anti-Doping Agency called its decision “heartbreaking” but noted that cannabis is banned by U.S. and international sports regulators, with the World Anti-Doping Agency casting the drug as a potential safety risk and a performance enhancer in some cases.

Richardson’s suspension infuriated fans and observers who argued it’s unfair and unwarranted to penalize athletes for using a drug most Americans think should be legal. One measure of this outrage: Satirical website The Onion’s Richardson-focused headline “Dream Crushed Over Trivial Bull**** Represents Nation Better Than Gold Medal Ever Could” was the top-performing news article on social media over the last three days, according to data from NewsWhip.

Breaking News: 2 workers dead after incident at Vancouver company’s gold mine in Ghana