Breaking News: Biden’s Approval Rating Dip Driven By Erosion In Support From Voters In His Own Party, Survey Shows 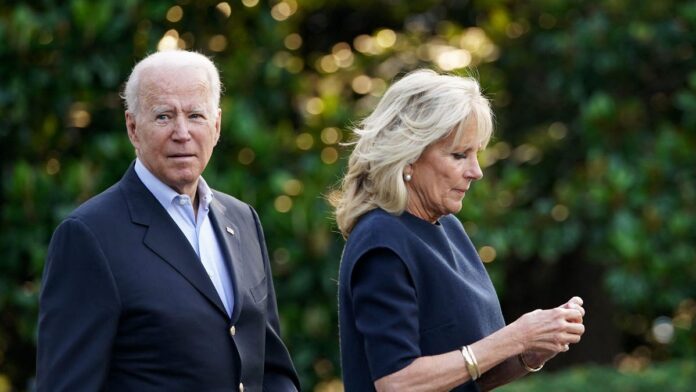 As Americans turn their attention away from the pandemic, President Joe Biden is witnessing a decline in support that’s driven by slipping approval among Democratic voters, a new survey finds.

The Reuters/Ipsos poll, conducted June 11 to June 17 in a survey of 4,420 adults, found 55% of voters approve of Biden’s job performance—down four points from a high of 59% in March, when the president signed the $1.9 trillion stimulus package into law.

This four-point decline appears to be driven by Democrats: 78% of Democratic voters approve of Biden’s handling of the economy, down seven points from April.

Biden has witnessed a drop in support among Democrats on his handling of gun violence as well, with his approval rating dropping 11 points since April.

On average across all polls, Biden’s approval rating has fallen to 52.1%—down from over 55% in March—according to FiveThirtyEight’s tracker.

Biden’s approval rating continues to track higher than former President Donald Trump, who never cracked 46% average approval over the course of his presidency.

The poll comes as Biden’s agenda and Democratic priorities stall in Congress. For months, Biden has pressured Congress to reach a bipartisan deal on infrastructure spending, a demand that has angered some more progressive Democrats who want to go it alone. Last month, Biden promised to crack down on illegal firearm dealers in a bid to make due on his pledge to curb gun violence, but he has yet to move the ball on any significant piece of gun reform legislation.

What To Watch For

The poll found the economy has supplanted healthcare and disease as the primary concern among Americans, with a quarter now saying it’s the most important problem. The shift may prompt Biden to pivot his strategy and messaging, which has been primarily focused on the vaccine rollout. White House aides have reportedly said they view July 4 as the unofficial day it will begin to focus more on the U.S. economic recovery from the pandemic. Biden is set to throw a July 4 party at the White House to celebrate the country’s pandemic progress.

POLL-Support for Biden erodes among Democrats as U.S. looks past pandemic (Reuters)