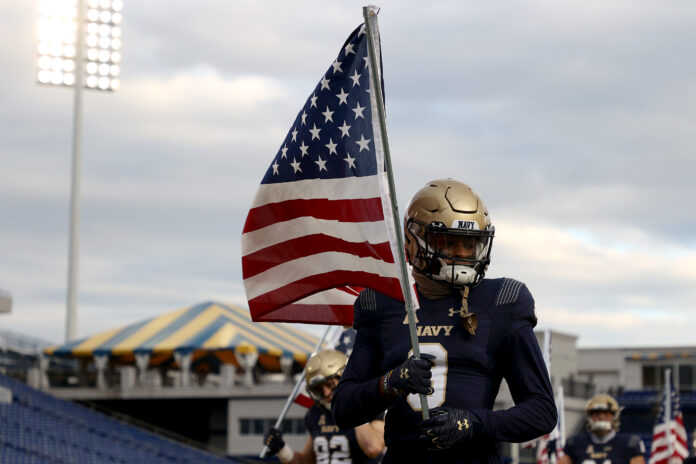 Kinley signed with the Tampa Bay Buccaneers as an undrafted free agent, but the U.S. Military has denied his request to delay his service until after he plays in the NFL.

In an interview with TMZ Sports, Kinley asked for help from the highest office in the United States:

“President Biden, first off thank you for all that you do. I have a lot of respect for you, for anybody who’s willing to lead our country.

“… I’m just asking that you consider helping me with this situation that I’m currently in and allowing me to delay my commission so that I can go play in the NFL and then serve my commitment whenever I get done playing.”

Per ESPN, Kinley’s agency, Divine Sports and Entertainment, said Kinley is not being allowed to appeal the Navy’s decision, and no reason was given why.

As part of a statement released by Divine Sports and Entertainment co-founder Ryan Williams-Jenkins, who also played football at Navy, he pointed to New England Patriots long snapper and Naval Academy graduate Joe Cardona as an example for why Kinley should be allowed to defer his service:

“I played with three-time Super Bowl champion Joe Cardona, who still serves our country as a Navy reservist. If there is a directive and precedent allowing other service academy athletes to pursue this opportunity, what makes Cameron different? It is important to note that this could have a long-term impact on his mental health going forward. He wants to fulfill both of his childhood dreams: playing in the NFL and honorably serving his country.”

During his four years as a defensive back at Navy, Kinley was a team captain and recorded 88 tackles, 12 passes defended, one interception, one sack and one forced fumble.

Kinley has a chance to make the roster of the defending Super Bowl champions if given the opportunity, but he may need intervention from President Biden to make that happen.