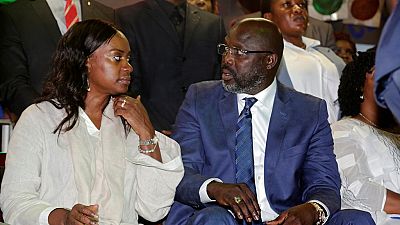 The United Nations (U.N.) Secretary-General António Guterres has congratulated George Weah on his election as the next President of Liberia, and commended Vice-President Joseph Boakai for conceding defeat.

According to a statement issued by the UN chief’s spokesperson, Mr Guterres welcomes the official announcement of results by the National Elections Commission on 29 December reiterated his praise for the people of Liberia for the peaceful manner in which the process was conducted.

The Secretary-General notes that the conclusion of peaceful, transparent, free and fair elections confirms Liberia’s steady march towards lasting peace, stability and development.

It further, expressed Guterres’ appreciation to other persons who have and continue to play different roles in ensuring that Liberia achieves a peaceful transition for the first time in over seven decades.

Weah, a celebrated former footballer will take over from Ellen Johnson Sirleaf, as Liberia’s president. He lost his first attempt at the presidency to Sirleaf in 2006 and contested as vice-president unsuccessfully in 2011 along with Winston Turnbull.

Sirleaf became Africa’s first democratically elected female president in 2006 after beating Weah in a poll runoff. Weah, however, beat Sirleaf’s deputy and vice president to realise his long dream of leading the country that celebrated him for the pride he brought citizens on the field.

Whiles Sirleaf’s reign has been hailed for maintaining the country’s peace and entrenching its democratic credentials, analysts say Weah will have significant challenges of unemployment and economic slump to deal with.

The U.N. statement mentioned former Nigerian President Olusegun Obasanjo, who was recently deployed to help with the transition, he is a member of the U.N. chief’s High-level Advisory Board.

Other key contributors to deepening the Liberian democratic process were the Special Representatives Farid Zarif of the UN Mission in Liberia (UNMIL) and Mohammed Ibn Chambas of the UN Office for West Africa and the Sahel (UNOWAS).

”The Secretary-General notes that the conclusion of peaceful, transparent, free and fair elections confirms Liberia’s steady march towards lasting peace, stability and development,” the statement stressed.